A project led by Dr Richard Madgwick and Faye Shearman of Cardiff University on the Iron Age of Somerset has revealed some interesting facts about the people who inhabited Worlebury Camp some 2,000 years ago.

Their research has looked at five different Iron Age sites across Somerset, utilising cutting-edge archaeological techniques to examine human remains from sites including Ham Hill, South Cadbury, and Worlebury Camp (Weston-super-Mare). The remains from Worlebury were excavated in the 1850s by Rev F Warre, and some are on display in Weston Museum. They were excavated from a handful of the 93 stone-lined pits visible today in the interior of the hillfort. 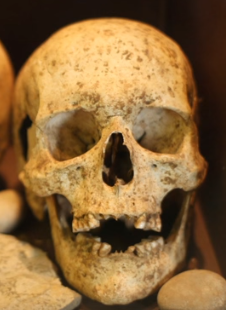 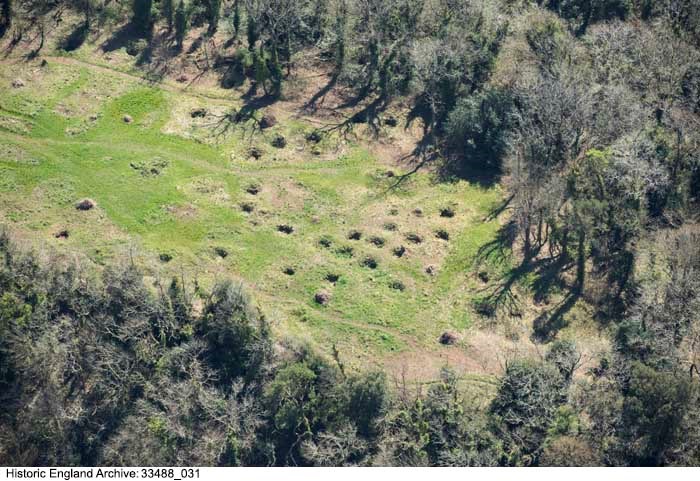 The team examined how individuals were treated after death, through taking samples of bone and assessing them using macroscopic, microscopic and molecular methods. Different funerary practices leave different traces of bacterial attack. It was discovered that some were subject to ‘excarnation’ – exposing a body to the elements through so called ‘sky-burial’ – a technique rarely directly evidenced in this area of Britain in the Iron Age.

Whether meeting with a violent end, such as at Worlebury, or having died naturally, and regardless where they were from, all remains were treated in the same way after death. They discovered that some people were buried soon after death, but dug up when soft tissue had rotted away, with some bones being extracted and circulated or curated before being deposited elsewhere. 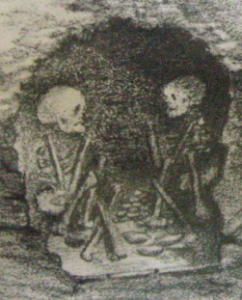 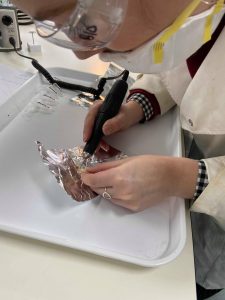 Further research was undertaken into the diet and origins of the inhabitants of these sites, and those who lived at Worlebury provided some interesting results. 6 of the 18 individuals were examined using isotope analysis. The researchers analysed the carbon, strontium, nitrogen and oxygen content in human bones and teeth to determine the type of environment people lived in, and the kinds of diets they were raised on.

Five of the six individuals provided results that show they were raised in a coastal location in southern Britain, and in an area of carboniferous limestone, consistent with being raised on or around the Worlebury Camp. However, one of the individuals appears to have likely been raised in warmer climates, perhaps the Iberian Peninsula or the Mediterranean.

Dr Madgwick said, “Contrary to existing thinking, this research gives a very different picture of the structure of Iron Age communities and how people in this part of Britain treated their dead. Society was more diverse than expected and whether native or outsider, friend or foe, this study shows your origins had no bearing on your funerary treatment. Rather than being exposed to the elements through excarnation, the majority of people were in fact buried, only to be revisited and disturbed months or more likely years later.”