Treacle – From Medicine to Dessert.

Treacle tart is a firm favourite for the British. It would be an understatement to simply say that this dessert is sweet, and anyone who has sampled this delicacy will confirm that there is good reason for it often being served with cream too! Treacle tart is made using shortcrust pastry, a thick filling comprised of golden syrup/ light treacle, breadcrumbs and lemon juice or zest.

Looking further back in history is where things get rather interesting for this particular ingredient. A lady by the name of Mary Jewry invented the first treacle tart in 1879. There is no treacle of syrup mentioned in that iteration (incidentally, golden syrup was not invented until 1880). As such, the taste of this first venture was not likely the same what we would expect from this beloved dessert.
From this point is where the function of treacle quite dramatically changes. The origin of the word treacle is generally agreed to be from the ancient Greek ‘theriaca antidotos’. This means ‘antidote for the bite of wild beasts’. Over time it evolved into the word treacle. During the middle ages it was known as ‘theriaca’ or ‘theriac’. 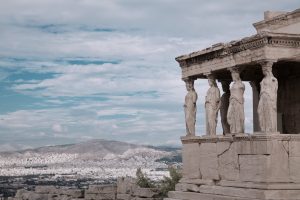 There is also a legend related to this. The story begins with King Mithridates VI of Pontus [135–63 BCE] (Pontus, located on the northern coast of modern day Turkey). Apparently, Mithridates would often experiment on prisoners by poisoning them, followed by an attempt to heal them with various antidotes. It is through this cruel method of testing that he would come to declare that he had created an antidote for every venomous reptile and poisonous matter. There is nothing quite like an all-in-one solution, and Mithridates believed this quite firmly by mixing all of his effective antidotes into one. This came to a rather bloated list of some 40+ ingredients, including opium, ginger, myrrh and cinnamon!

Rome later conquered Mithridates’ kingdom. The medical notes for his ‘Mithridatum’ became the property of the Roman medici. As was common for so many things which were forcibly incorporated into the Roman sphere of influence, this recipe was gradually tinkered with and improved upon. The Roman physician Andromachus was known for this. He increased the list of ingredients to a whopping 64! Our modern tastes may be slightly off put by one of the additions – the mashed flesh of a viper!

Marcus Aurelius also used this on a regular basis. Its usefulness resulted in it travelling as far as Tang Dynasty China as one of many gifts in 667 CE. Once again, this was a success. Physicians noted that it had proved effective against ‘the hundred ailments’.

Let’s try making an easy treacle tart for ourselves! 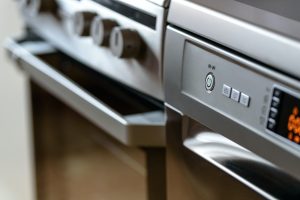 • Heat your oven to 350 F/180 C/Gas 4.
• Roll out the shortcrust pastry to approximately one quarter of an inch.
• Line a lightly greased nine-inch tart tin with your pastry. Trim away any edges, then place it in the fridge for 30 – 35 minutes. This will rest the pastry and prevent shrinking in the oven.
• Place a baking tray in the preheated oven.
• Combine the golden syrup together with the black treacle and the lemon zest + juice.
• Beat the eggs in a bowl then add this to the treacle mixture. Following this, stir in the breadcrumbs.
• After 30-35 minutes, retrieve the pastry from the fridge. Place the case on the preheated baking sheet and proceed to carefully pour the mixture into the tart case.
• Bake for 20 minutes or until the crust and filling are golden brown and firm to touch.
• Remove the tart from the oven and place on a cooling rack. Leave for five minutes and serve with ice cream (or whatever takes your fancy!).