Chinese New Year takes place this year on Friday, 12th February 2021. It is the year of the Ox. In a personality, this is said to mean a low-key, calm and patient person with a stubborn side. For the year ahead, I can imagine many people also wanting a low-key news year, to say the least!

Otherwise known as Spring Festival, Chinese New Year denotes the end of the coldest parts of winter. It is celebrated by perhaps over 2 billion of the world’s population! A key part of the Chinese New Year celebrations is the family reunion dinner. This is as the name suggests and is notably considered the largest human migration in the world. No matter how far a person is from home, they do everything they can to make it home for the New Year’s Celebrations. If a person cannot make it home, the family often will leave their space empty with a spare set of utensils for them too. 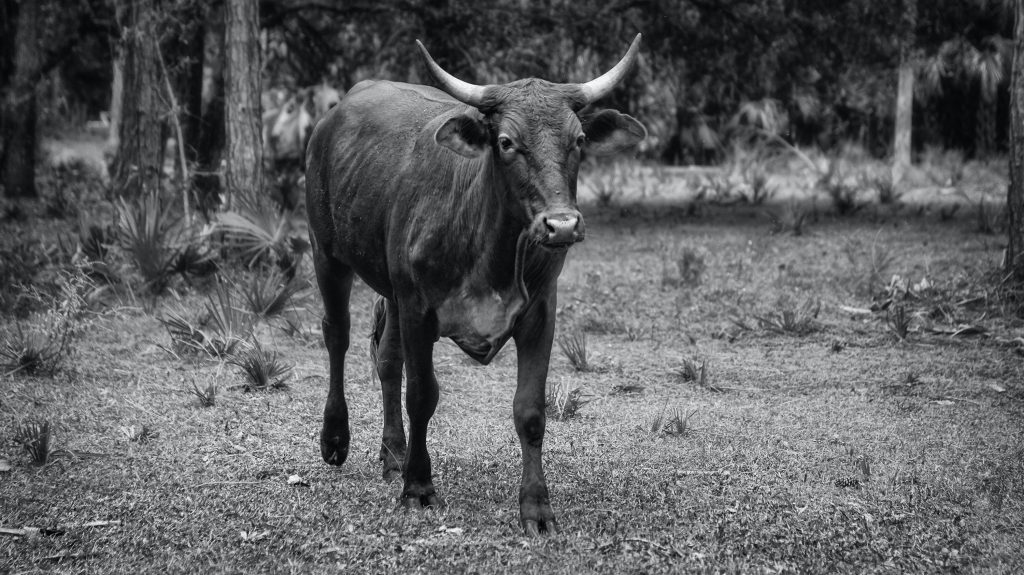 This meal is hugely important, with significance placed upon all items of food traditionally eaten at the Family Reunion Dinner. Each piece of food is associated with something that will bring them fortune or luck (in any meaning of the words) for the upcoming year. Symbolism is ubiquitous in this yearly event.

This symbolism often comes down to the shape or colour of the dish. Alternatively, it is how the character sounds when spoken in Chinese. This is often presented as a homonym to words or phrases which have lucky connotations. Below are a few examples of what might be in a Reunion Dinner along with their lucky association.

Some would argue that this is the most important of all the foods in the reunion dinner. Fish is pronounced ‘yú’ in Mandarin (among various other dialects). This can be quite easily mistaken for the word meaning ‘surplus’ due to the same pronunciation. Thus, consuming fish for the new year celebrations would be somewhat like making a new year’s resolution to have an abundance of food, or wealth of another kind.

Well-wishers might also say something like ‘年年有余 (Nián nián youyú)’ which roughly translates to ‘I wish for you to have a surplus (or fish!) of food and money every year’.
In some households, there are also specific positions the fish must take. The head of the fish should point towards any notable guests or elders of the family. This lucky person would have the opportunity to eat first. The people facing the head and tail of the fish should also drink together (for luck). These rules may seem strict and by the letter but it is said that they are followed in a light-hearted manner. 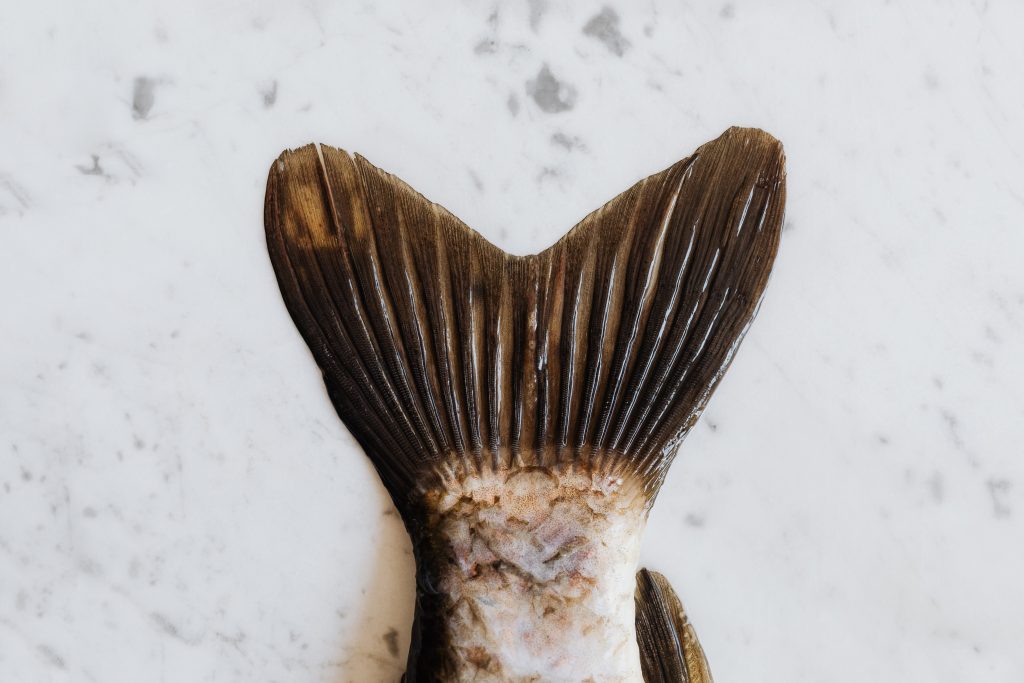 Dumplings are an obvious addition in China by their design. They are made to look like Chinese Silver Ingots (otherwise known as yuánbao). This was a type of currency in Imperial China, so the idea is that you will have so much wealth next year that you can afford to eat money now!
It is quite common for the family to get together when preparing dumplings too. They all share in the responsibility of making these and it offers a great chance to catch up! In some areas, a new daughter-in-law should make a dumpling to be thought of as part of the family.

Dumplings also have another meaning. Their name in Chinese is 饺子 (jiao zi). A Homonym of jiǎo is ‘Exchange, and a homonym of zi is ‘midnight hour’. Put together, it is an exchange between the old and the new. There are many fillings of choice, but a popular option is cabbage and radish. This is because some believe it will make a person’s skin fair and their mood gentle. 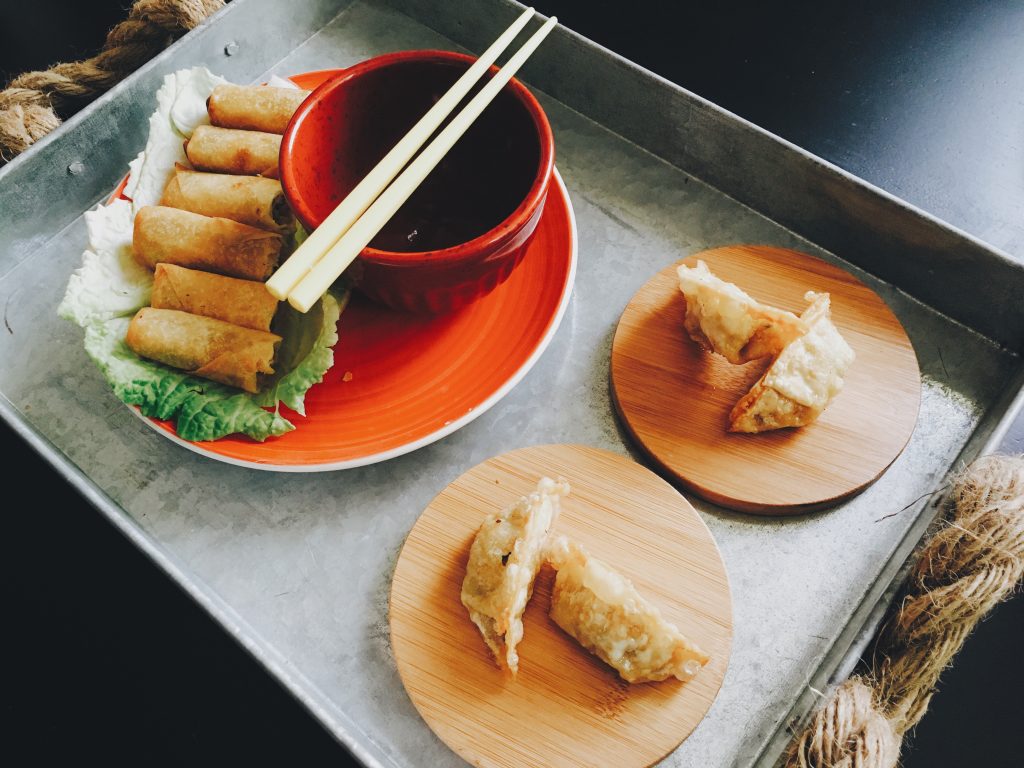 This can be quite handily translated to mean ‘year cake’. It is also a homophone of the words ‘sticky’ and ‘higher up’. This can roughly result in a phrase which could be interpreted as a wish for a more successful new year.

Nian Gao can be both savoury or sweet, usually depending on where in China you are. In the south, it is more common to see a sweet rice cake and it is often given as a gift. The savoury format is more of a northern preference, and will likely be seen in stir-fried dishes. All variants start with a glutinous rice mix, which is turned into a paste and fashioned into shape. The sweet variant is often accompanied by brown sugar and steamed. The northern version is often a mix of rice and glutinous rice, and are often steamed, fried or included with soup. Savoury nian gao is regularly served alongside food such as pork, beef, cabbage or scallions. 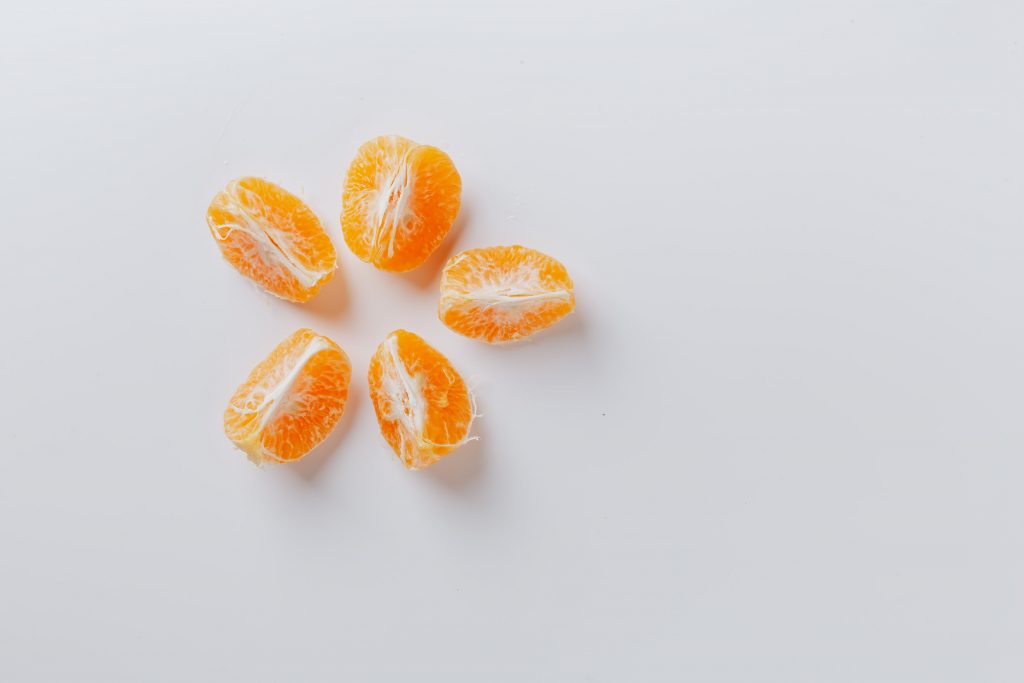 These two are heavily favoured during Chinese New Year. Both hold great portents for the future and are considered nice gifts. Once again, wordplay comes into effect with this. The word for ‘orange’ in Chinese is 橙 (Cheng), which has the same sound as the word ‘success’. Similarly, one of the ways to write ‘tangerine’ (桔) also has the character for ‘luck’ (吉) placed inside of it.
Because of this, both of these foods are synonymous with Chinese New Year and can be found everywhere during the festive period.

There are many more favoured foods eaten at the Reunion Dinner. Hopefully, this gives you an idea of just how heart-warming this time of year is. Be sure to wish each other a happy lunar new year! (恭禧发财 or gōng xi fā cái) 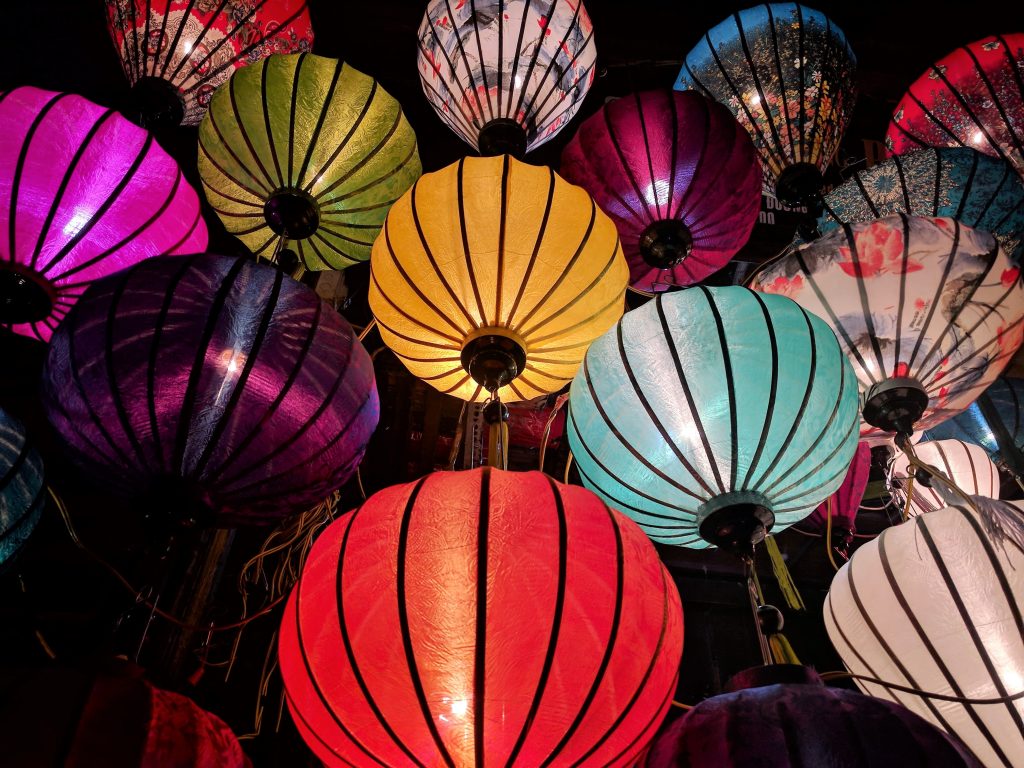