This Easter, we are exploring the local history of World War Two and you can find a spotter sheet for exploring different sites around the area by heading to our previous blog post. Two of the spotter categories are War Graves and War Memorials, of which there are many across our local area. From iconic memorials to your local cemetery, there is unique heritage to explore and no matter where you live, there will be war graves and memorials near you.

The aftermath of the 1st World War saw the biggest single wave of public commemoration ever with tens of thousands of memorials erected across England. They’re not always grand stone monuments. War memorials can be found in gardens, in windows, on walls, as well as on the ground.

There is a war memorial garden in the High Street, Yatton. War memorials exist in many of our villages including Hutton, Kingston Seymour, Backwell and Cleeve, to name but a few. Worle war memorial, a grade 2 listed building, was dedicated in 1922, paid for by local subscription. It commemorates 28 fallen from the 1st World War 1914-1918 and 18 of HM Forces and 6 civilians of the 2nd World War 1939-1945. 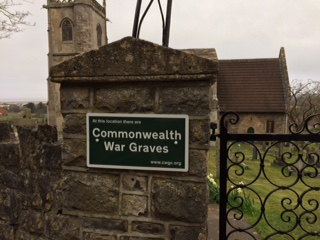 Victoria Methodist church in Weston-super-Mare, contains a stained glass window depicting Sacrifice and Victory, commemorating the local men who lost their lives in the 1st World War. The war memorial tablet from the former church, was placed over the inner west door.
Did you know that the first Somerset Legion House, Weston-super-Mare (originally the Norfolk Hotel in Claremont Crescent), was intended as a war memorial? In 1947, a group of people got together to buy it, raising £40,000, with the aim of providing rest for a fortnight.

Milton Road cemetery, Weston-super-Mare, contains 40 scattered graves of the 1st World War and eight war graves of other nationalities. More than half of the 97, 2nd World War Commonwealth war graves are to be found at the lower end of the cemetery. On the nights of 28th and 29th June 1942, Weston was heavily bombed as bombs rained down on the seaside town. Sadly, a total of 102 people lost their lives and many of them were buried in a mass grave in the same cemetery. 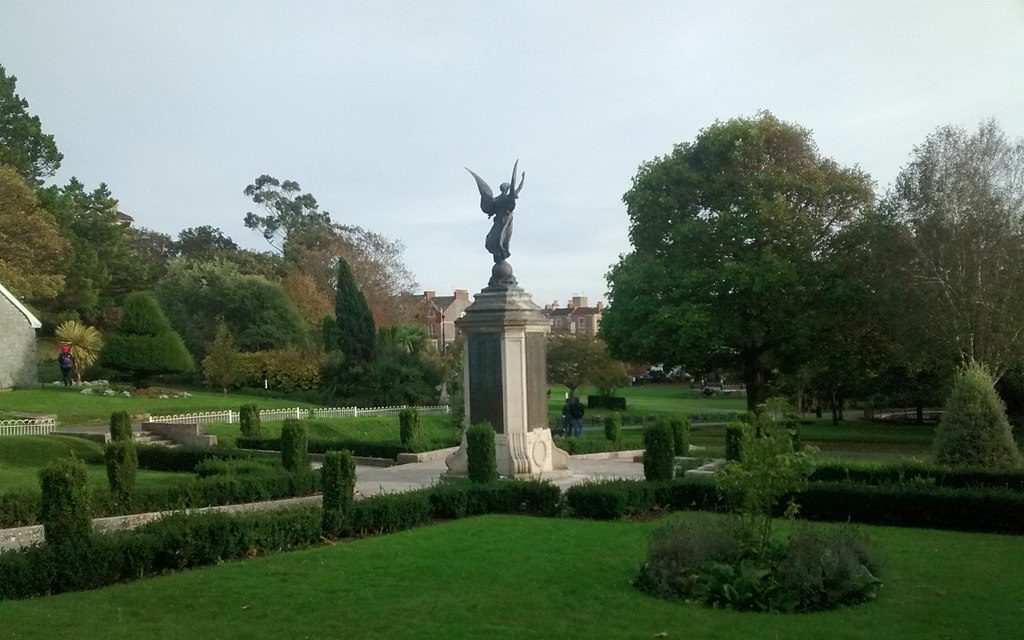 Grove Park in Weston-super-Mare contains war memorials to both World Wars. The earlier memorial was built in 1922 and lists the names of the 402 local people who lost their lives during the 1st World War. The 2nd World War memorial stands a little to the north. It commemorates 186 of HM Forces and 113 civilians. Since then, a further 6 people have been added, the victims of more recent conflicts.

The information above comes from the Know Your Place website and particular thanks are given to museum volunteers, Fraser Darke, Peter Johnson and Andrew and Joy Wilson, for their research.